Minue talks about overcoming her shyness, coming from a multicultural family, and how exploring life’s possibilities makes her happy

Wondering why she â€œspeaks funny and has an accent?â€ Minue Yoshida was born in Mexico City to a Japanese father (hence the last name) and a Mexican Mother. She is a consultant, professional speaker and coach who has had the opportunity to work in countries throughout the Americas and around the globe. She considers herself to be a citizen of the world.

Minue says that lifeâ€™s possibilities are what make her happy. The question â€œWhat will happen next?â€ has helped her to understand her mission and not just dedicate herself to her career but to what makes her happy.

Happiness is not a continuous state of being, she explains. When things happen to us, we should consider them happy moments as they provide the opportunity to be more creative, more innovative and see all the options.

She observes her audience while speaking publicly and loves the â€˜Aha!â€™ moment when she realizes something she said has touched someone. When people approach her after she is done speaking and say â€œThank you.â€ she is grateful if she has touched that one person enough to take action on their own life and pass it on to others. 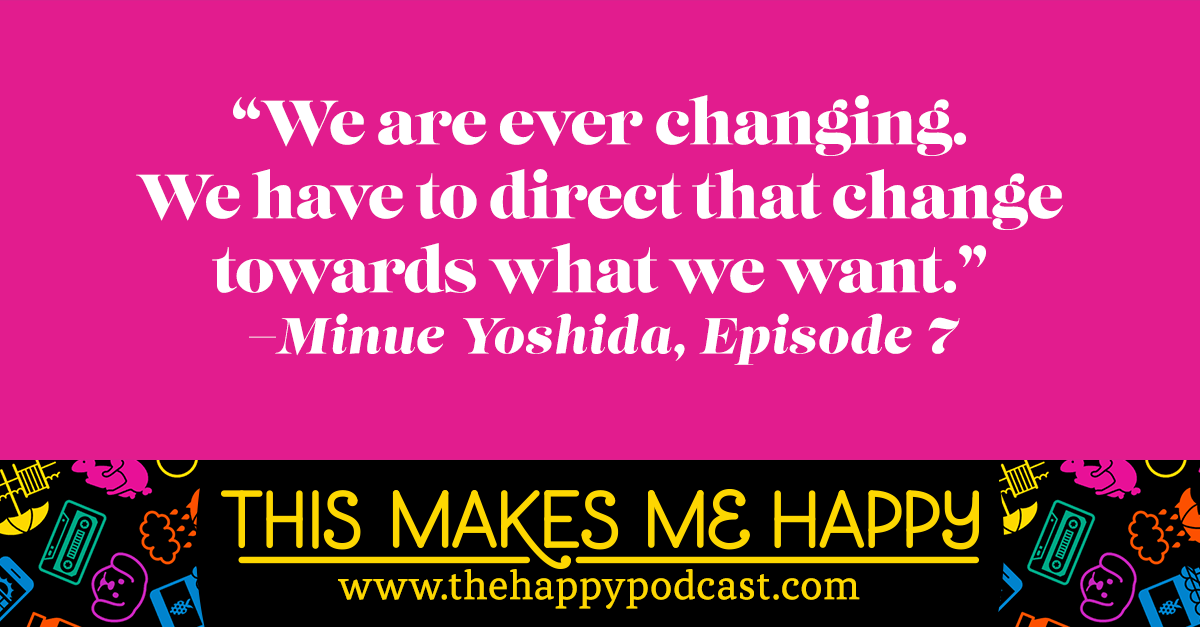 She discovered she had the ability to inspire others accidentally. Naturally she is shy and introverted but at one point was brave enough to say â€œI will do my best.â€ when asked to share her thoughts. Her audiences grew larger and once people were forming lines to speak with her, she realized she was helping them.

Minue attributes her outlook on happiness much to genetics and upbringing. She comes from a family of resilient and brave people who she can never remember stating were depressed or sad. This includes her mother, who although chronically ill, has taught her to have a positive outlook on life through her own ability to embrace each day positively.

Minue talks about happiness no longer being a choice for her and her family but a way of living. It is like muscle memory. She says that, for anyone, happiness is a state of will. At first, you may opt to see the positive side of something although you may not believe it to be true. Over time, the gap between the moment of sadness and happiness will shrink and happiness is all that will be left.

â€œWe are ever changing. We have to direct that change towards what we want.â€

In closing, she tells us she believes society finds it easier to go to a place of sadness and depression. However, the power of people who are happy is stronger. Thus, those who are happy should not be afraid to spread their message because it is what will help change the world.

You can find Minue Yoshida on LinkedIn easily because she is the only â€œMinue Yoshidaâ€ there.

The Benefits of Looking on the Bright Side, Happify Daily